Restrictions in Public Transport due to Coronavirus

In connection with the gradual easing of restrictions on reducing mobility of citizens decided by the Government of the Slovak Republic and based on orders of the Ministry of Transport and Construction of the Slovak Republic, we regularly update the list of currently valid changes in public transport within the IDS BK. The current restrictions are valid from Monday 14 June 2021.

•Operation during workdays according to school holiday timetables until further notice is given (except for the line 58, which operates according to the timetable valid for the school year).

•The line 208 is temporarily cancelled.

•Entering the vehicle through the front doors is prohibited.

•It is forbidden to occupy the first row of seats behind the driver.

•Vehicles with a larger capacity are starting to be used on the night lines again.

All regional bus services are operating during workdays according to timetables valid for the school year workdays.

•It is forbidden to occupy the first row of seats behind the driver.

•It is possible to board the regional buses through the front doors.

All regional trains within the IDS BK are operating according to standard timetables valid for workdays.

Passengers are obliged to cover their air passages inside the public transport vehicles unless they:

• have disorders of the autistic spectrum,

• have a mental or hearing impairment,

• have a confirmed diagnosis impairing their breathing.

All the listed restrictions are valid until further notice is given. 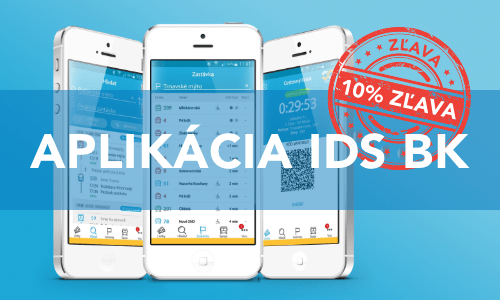